Inactivity is killing us

If you talk to South Africans, they will proudly tell you that we are a sporting nation. The facts however suggest otherwise.

According to the World Health Organisation, up to 40% of South Africans don’t do the minimum recommended daily dose of physical activity

Recently Discovery CEO Adrian Gore posted an article talking about how lack of activity was leading to a spike in health related issues including diabetes, heart disease and cancer.

Gore makes the point that physical inactivity makes up 6% of global deaths and costs billions more in general healthcare treatment.

Since launching Dynamic Body Technology, we have done a couple of talks around the importance of movement and we do something a little bit different: We do a Range of Motion (ROM) test on employee necks and you’ll be surprised at how little mobility many people have. This is often as a result of poor posture at their desks, “head-down” position over a cellphone or a telephone tucked between ear and shoulder.

When you show them – in real-time – the range they should be reaching, it hits home the physical impact that work is having on them. 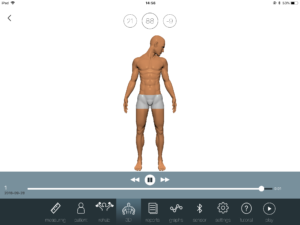 Just the other day, we were in a small business talking about movement and the [supposedly young and healthy] 28 year old receptionist did a quick ROM test on her neck. By 2pm in the afternoon she was suffering from shoulder pain and had very limited ROM on her right hand side because of the way she cradled the phone between her shoulder and neck.

Once we had started the discussion about the importance of movement, the finance executive at the business joined the conversation saying that he had effectively checked himself off for a week because of shoulder immobility that meant he couldn’t use a computer. Ultimately a physiotherapist was able to put him on a treatment regime to improve mobility but it’s another simple example of lost productivity through inactivity and poor office posture.

The scary thing is that inactivity is becoming a bigger and bigger issue from a younger age.

The Australian Physio Association recently pointed out that 80% of Australian children between the ages of 5 and 17 do not meet the minimum physical activity recommendations which is 60 minutes a day.

Bearing in mind that Australia also positions itself as a “healthy” and “sporting” nation, that is a telling statistic. Throw in the prevalence of mobile devices and the long-term impact this has on neck and hand / wrist joints and you start to realise that we need to tackle this issue of inactivity.

The economy is struggling so employees are being forced to work longer and harder to try and keep productivity levels are high. This is having a material impact on their health and wellbeing and what is being dismissed as short-term pain is in reality a precursor to long-term health issues such as cancer.

If you would like our team to come and talk to your staff and do some Range of Motion (ROM) testing, you can pop me a mail on marca@3djointrom.com